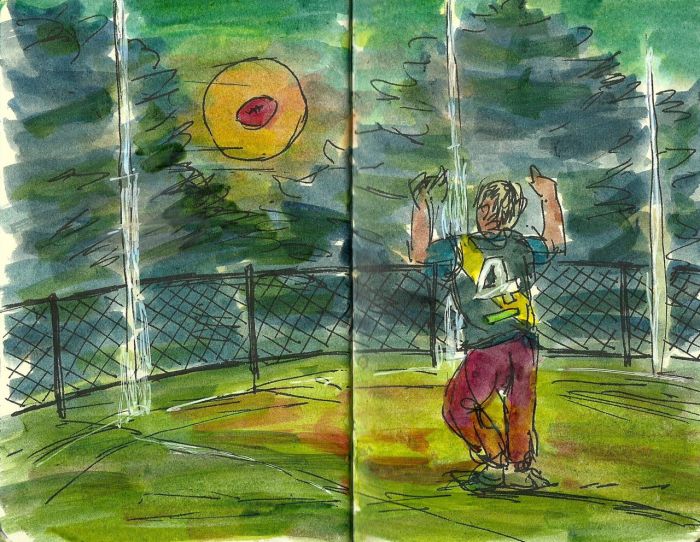 A certain young man declared he was too ill to play yesterday morning. Yes, he had been afflicted with the never ending night time cough throughout the week, and yes, he had sustained an injury in last weeks game resulting in a self diagnosed ‘broken rib’, and yes, there was a late night had the night before…..

But it is also two days after the winter solstice and this Sunday morning presented itself with a fresh two degrees and blades of grass coated in ice.

Of course, the cold morning air had nothing to do with the decision made to not play; nor did his fathers headache have any bearing either.

As it turns out I suspect there was a lesson to be learnt in this game, that had nothing to do with kicking the ball.

My young man missed a cliffhanger of a game. In a manner prescient of things to come later in the day, our under 9 Bears made a leaping comeback after being four goals down at half time. By all accounts a quick torpedo by one of the best mates right on the siren, saw his team snatch a last minute and hard won victory.

This morning at school there were congratulatory high fives and a babble of post match analysis. Even though my young man missed the game, he will certainly glean a vicarious joy as the best mates fill him in with the details, in the generous spirit of friendship and comraderie.